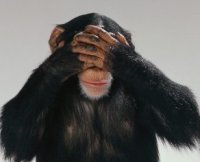 First, a small test. What follows are two lines of data. What you need to do is identify which one comes from a source which some may consider pornographic:

What’s that? You can’t tell the difference? You’re not alone because your computer can’t either. In fact, computers could care less as to whether you are downloading pornography, the latest hit single, atomic bomb plans, or a lawsuit against IBM. To a computer its all just numbers. Yet there are some Utahns who still fail to grasp the implications of the Internet and technology.

Pandering for eliminating pornography is something that most politicians proudly jump on. So current efforts by some in Utah are bound to be lauded and accepted by any politician that wants to be portrayed as standing up for all that is right and good. However, the CP80 proposal ignores the reality of past attempts to censor the Internet. Chinese efforts to build a “great firewall of China” have not stopped political dissent from flowing over the Internet. RIAA/MPAA efforts to quash file-sharing sites have only caused them to obfuscate further and multiply in a hydra-like fashion. CP80 ignores current technology such as proxies, anonymous networks like Tor, and encryption. It furthers economic isolationism by proposing that that Internet bodies currently responsible for apolitical actions like non-binding technical standards and registries become cultural enforcement agencies that determine what content is right and wrong to be flowing across a TCP/IP service port. Most of all CP80 has no accounting for the cost this futile effort will require. The Chinese have spent hundreds of millions of dollars on their Internet censorship and it still isn’t worth a dime.

Many people have asked me what my opinion on CP80 is and I have resisted up until this point. I would have preferred to quietly watch its inevitable death like so many ignorant “dot com” ideas before it, but I am irritated by the light it is painting Utah in. Ironically, the same people responsible for the “SCO vs. IBM” debacle are trumpeting CP80 and it is being regarded by the tech community with the same kind of anger and disdain. Read these comments on Slashdot and wonder what kind of impression is left on talented tech workers that may have considered a move here. Consider what longterm effects these imbecilic actions inside Utah have on our technology economy when we become well known for being lawsuit-happy spendthrifts who grandstand fundamentally flawed proposals. The emperor not only has no clothes, the naked pictures of him will continue to spread on the Internet regardless of any legislative action.

To the hardworking folks at CP80, comparing the Internet to a toaster is like comparing the construction of an F-35 Joint Strike Fighter to screwing in a light-bulb. Find a new business that you understand and quit wasting my tax dollars.

What is the solution to the test? The first is an adorable puppy. The second is from the New Testament, Mathew 7:16, “Ye shall know them by their fruits.” Whether you consider either objectionable is up to you.