This was submitted to the Salt Lake Tribune editorial staff the day they ran the story on Senator Hatch’s belief that global warming is science-fiction. I was quoted in the article, but when Judy Fahys called me she recognized on the phone that a brief response to a complex issue is a difficult task. So I wrote the following commentary and waited for a response from Vern Anderson, which as of today, I have not received. I presume that no communication means it will not be run. So the Internet wins again with another exclusive. 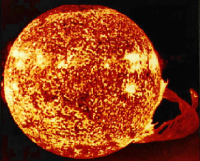 As a child growing up in Bountiful, I remember every winter packed with deep snow. I learned how to ski in my own back yard and tubing was the best option for recess from November to March. My father’s tractor was always dual use, garden plowing in the summer, snow removal in the winter. His need for the latter has faded along with his ability for the former.

Today, Utah winters make the 70’s seem like I was living in Alaska. Sure, we still have heavy snows as late as April, but they rarely stick. Snowfall melts by the afternoon and is gone by the next day.

As I digest peer-reviewed papers on climate change, it further bolsters my own experience. My knowledge of the Kyoto Accords is also weighted by a visit I took to Kyoto in August of 2004. The heat bore down on my family like a millstone. When I asked my Japanese sister-in-law if it has always been like this, she related a similar experience to my own. Thirty years ago, she said, the summers were livable.

The political debate over global warming is hotter than the scientific debate. In defense of industry, the federal government continues to push the issue out for further study. “Study” in government nomenclature tends to translate to “procrastinate”. Procrastination for the temporary protection of oil company monopolies to poison our air is not an excuse. Procrastination to protect the largest profit margins of any company in earth’s history is not an excuse. Take climate change out of the equation and we still have fish and fowl that we are advised to not eat due to mercury content. Sadly this situation is not science-fiction.

Rising costs, pollution levels, and a dependancy on the most unstable region on the planet are not worth further procrastination. No matter the level of campaign contributions received from the oil industries. Cloistered in an air-conditioned office, jet, and limosine, it is no wonder that some elected officials try to pass off science-fact as science-fiction.

Balancing our energy needs with wind, solar, and geothermal can only serve to benefit Utah. As I visited the coal-fired Intermountain Power Project near Delta, employees told me that a third generator most likely would not be constructed due to California’s refusal to buy power from dirty coal plants. This predicament literally blew me over as I exited the plant into a valley where the wind is nearly constant. Some say we have a wealth of oil-shale that should be extracted at exorbitant expense. Consider there are areas of Utah that average seven inches of rainfall a year, where the sun shines down on our desert state the rest of the time. My very own home is less than a mile from hot-springs that flow into the sewer. These three sources of energy are abundant throughout our state, yet the efforts to capitalize on them are squandered. The US should shift tax-credits for oil exploration from the companies who made record profits last year to Utah innovators who will lead the world once again with their expertise. With the rest of our nation and world facing similar energy problems, Utah is uniquely positioned to gain great economic benefit and recognition from these solutions.

Cheap energy, clean air, good jobs, and American independence is enough motivation for me to make this a primary campaign plank. Having my children experience four seasons in Utah again would be the icing on the cake.