I set my alarm this morning for 7:00AM planning to get up and get out to collect my tickets to the inauguration. A foreign bed and sick kids conspired against me and left me groggy when the alarm went off. For some reason I figured that there probably wasn’t going to be that big of a crowd when I managed to get down to the congressional office buildings, so I went back to sleep.

Standing in the subway at 10:00AM, I fully realized how wrong I was. In the dimly lit D.C. Metro, you realize the precariousness of your situation when there are thousands of others packed into a small space waiting to get out. I eyed possible escape routes (jump off the railing? parkor up the walls?) while I held any traces of claustrophobia back. Eventually I emerged from the Capitol South station into the bitter cold air of a Washington January day.

The lines snaked around the respective congressional office buildings to get through security. Due to security or scalping, there was a decision somewhere that ordered the majority of 250,000 tickets to be distributed on one day. Although I have never waited in longer lines, what was odd about the spectrum of people standing with me is that everyone had a big grin on their face. Nary an angry or impatient comment was heard. I had been waiting the past eight years for this moment, another 24 hours wasn’t going to hurt. What I realize now is that others had been waiting decades, if not the entire history of the United States for the affirmation of equality and freedom that will occur tomorrow. I am fortunate to be present.

Congratulations to President-elect Obama. Come back and see us in Utah soon.

Aside from my previous endorsement of Senator Obama for President, there is one other prime endorsement I want to get out before election day.

When I received the invitation to serve on the Tracy Aviary board a few years ago, I warmly accepted because it had long been one of my favorite places in Salt Lake county. My mother brought me there frequently as a child to teach me about the natural habitat of birds. As an adult board member, I am fully aware of the struggles Tracy Aviary continues to face. As one of the two oldest aviaries in the country, much of the facility is in disrepair and in desperate need of an update. Proposition 1 on the Salt Lake County ballot will grant much needed funds to Tracy Aviary so it can continue its mission of ecological education. Please “Save the Aviary” by voting “YES” on Proposition 1.

There are some great state and county officials on the ballot this year. There are even a handful of Republicans who I have much respect for. However, with the super-majority GOP legislature ramming through such winners as school vouchers and the Omnibus Education Bill, along with overriding Salt Lake County Mayor Peter Corroon on the Soccer Stadium, my endorsements go to only the Democrats this year. If you have time to spare today and on Tuesday, please consider helping local Democratic candidates and the Obama campaign.

Don’t miss these great films and speakers, sponsored by the Salt Lake Film Center, this Friday through Sunday! It is free and open to the public. The Raucus Caucus.

This Sunday, at 8am, I will be appearing on Chris Vanocur’s show “On the Record” on KTVX, channel 4. The topic will be the use of the Internet in this political season.

Please join me next Tuesday, the 21st in welcoming Senator Jon Tester from Montana for a reception benefiting the Obama Victory Fund.

This last Sunday, Senator Hatch had yet another opinion piece published attempting to define his energy policy. This comes a few weeks after his rebuttal to what I wrote. There is so much spinning going on in Hatch’s office these days, it should be considered an alternative energy source on its own.

I wrote a response to Senator Hatch’s first rebuttal, but the Tribune chose not to publish it. Here it is.

Mike Strizki is the future of energy production in the United States. His entire energy consumption, whether it be electricity for his big-screen TV, heat and cooling for his sizable house with swimming pool and hot-tub, or fuel for his car sources entirely from the sun that falls on his garage. What southern paradise does he live in to make this possible? Why New Jersey of course.

Mr. Strizki’s solar and hydrogen farm wasn’t cheap, at $500,000 it doesn’t make economic sense for the average American to do the same thing, but at one time, the “horseless carriage” was only for the affluent. Tax breaks, federal incentives, and loosing regulation on the oil industry has made it choice number one for transportation and energy in America. Although Senator Hatch claims he has sought a “balanced” energy policy, the attention he and congress has given oil over the past 30 years has dwarfed any viable alternative. Legislative lip-service to alternatives has made 50% of our trade deficit oil-based. Final proof is in the pudding we pour into our cars at $4.00 a gallon.

Hatch deemed President Carter’s proposed tariffs against imported oil as disastrous for the market, but who is to blame for the greatest exportation of wealth in American history? What motivation does congress have for continuing to enrich the greatest tyrannies on this planet? Robotic dinosaurs roaming artificial islands in Dubai are pretty neat, but wouldn’t you rather have excellent schools and advanced infrastructure right here at home?

Solar, wind, geothermal, and biofuels are treated as science fiction by their critics. Yet other countries are using these realities to become entirely self sufficient. America is unable to duplicate these feats because our leadership sees alternatives to oil in the same way whalers viewed the light-bulb. It is always a matter of hauling in more whales rather than utilizing better technologies.

Senator Hatch recently declared that cars, trains, and airplanes can only run on oil. Is he completely ignorant of electric, hybrid, biodiesel and natural-gas cars? Most European and Asian trains run on electricity because it is more efficient and powerful than diesel. Granted, airplane fuel alternatives are in the experimental stage, but if we offset gasoline consumption on the road and rails, wouldn’t there be plenty left over for flight?

Entrepreneurs have been trying to squeeze oil from shale for the past century. Although President Carter had oil shale on the table, it has never displayed any financial or environmental success. Other schemes for oil or coal expansion do nothing to make our air safer to breath, our food safer to eat, or cut our imports by any significant amount.

If Hatch’s favored nuclear power is to come into play again, let the investors buy water at market rates, pay for the clean-up of of the waste and the mining, insure against lawsuits, and hire their own private guard and air-force for plant protection. Nuclear energy companies can start by cleaning up the billion-dollar pile of uranium tailings left behind by industry in Moab.

Oil shale and nuclear power are considered the primary domestic alternatives to imported oil by Senator Hatch and our Republican delegation. Unfortunately, history shows these are failed alternatives.

Congressional efforts for clean, domestic, renewable energy are appreciated. Yet they need to be exponentially increased if they are ever going to match historic support for oil. True American freedom and independence exists in technologies that Mike Strizki is using today. A colossal lack of imagination is responsible for the failure of so-called “balanced” energy policy this country has had since 1976.

The Salt Lake Tribune published an opinion piece today that I wrote on our Republican congressional delegation’s recent grandstanding on behalf of the oil, gas, and coal industries.

A number of people have asked whether I would be interested in running for Utah governor or congress this year. It is humbling to be considered. However, currently my commitment to my family, XMission, and the local organizations I sit on boards for does not lend the time required for a candidacy this year. In January I took on the role of chairing the Utah Heritage Foundation for two years and I feel strongly about seeing that role through. I am looking forward to the political possibilities presented in 2010. 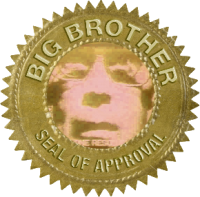 Another sweet gem of ignorance has been dispensed from the Utah Legislature. HB407 asks for creation of a “Community Conscious Internet Provider” seal, which can then be used by the Internet Service Provider (ISP) for marketing their virtue. Where it gets fun is how it asks the ISP to voluntarily give up the 4th Amendment protection of its customers. Line 85 reads, “cooperate with any law enforcement agency by providing records sufficient to identify a customer if the law enforcement agency requests the information and supplies reasonable proof that a crime has been committed using the Internet service provider’s service”. It says nothing of reasonable proof being determined by a judge and thusly issuing a court order.

XMission has always taken the stand that if you want customer information you’re going to need a court order. This act asks us to discard that stance in order to use a “seal” in our marketing. If we at some point decide the seal isn’t worth our customers’ privacy or we somehow fail to uphold the requirements of this law, then XMission is subject to a fine of $10,000.

To its credit, the bill makes handing over my customers’ privacy to the state completely voluntary. No thanks.

According to Ethan Millard, HB139 is dead. However, with the Utah Legislature it isn’t over until it’s over. This is a good sign, thanks to everyone who helped fight this legislation. Thanks to Representative Daw for listening to my and others concerns about the technical problems.