As the Internet was taking off and organizations were coming to grips with its openness, I had a few customers and organizations that were under consistent attack. I was repeatedly asked to kick them off XMission because of their thoughts and ideals. This ranged from someone who was exposing the Church of Scientology, to an organization that advocated for preserving Utah wilderness, to The Best Page in the Universe. My response to everyone who asked me to do this was that if they wanted an account to broadcast their opposing opinion, I would give them one too.

In recent days, the neo-Nazi website Daily Stormer lost hosting from from GoDaddy and protection from Cloudflare. They then tried to find hosting in Russia, but it appears they have been blocked there too.

I would have refused them service as well.

The famous quote “I disapprove of what you say, but I will defend to the death your right to say it,” which has been attributed to Voltare, but is actually an English female author, Beatrice Evelyn Hall, has guided me in the past on these decisions. However, I may defend your free speech, but if I sell you access or a website, I’m giving you amplification and a megaphone on the Internet.

I will not support such blatant hate through XMission. American ideals and blood (and a whole lot of Russian blood) is what defeated the Nazis in World War II. It is a stain on our nation that there are American idiots who revere Adolph Hitler and flap their arms in the air. The only response is rejection. 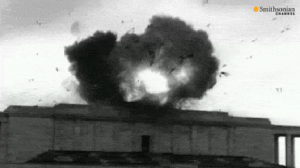